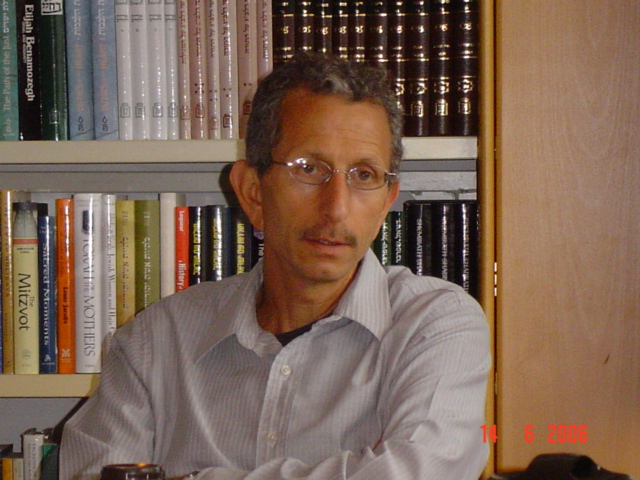 Rabbi Reuven Firestone is Professor of Medieval Jewish and Islamic Studies, Hebrew Union College-Jewish Institute of Religion in Los Angeles and founder and director of the Center for Muslim-Jewish Engagement. He is also a senior fellow of the Center for Religion and Civic Culture at the University of Southern California. Read his biography (pdf).

On 18 June 2006 prof. Reuven Firestone gave a lecure for the  the Levisson Institute under the provoking title: If there is only one God, why are there so many monotheisms?

Read the complete text of his lecture (pdf).

All believers in one God derive their spiritual existence from the same deity, whatever that deity is called. Monotheism began as a unifying system. And yet from the earliest annals of religious history, we observe monotheists arguing, fighting and warring with one another over which understanding of God and the divine will is really  true. Such observation almost requires us to ask: Is there something about the nature of monotheism that encourages conflict?

If we want to know about monotheism, we need to begin at the beginning, and the story begins with the emergence of monotheism. It seems to have taken monotheism quite a while to emerge as a belief system in the long intellectual history of humanity. There is still some controversy among scholars over exactly when, where and how monotheism emerged. I intend to explore the change in thinking about divinity, from a multiplicity of Gods to one God, a change that current Biblical scholarship places sometime around the 6th century BCE or later. While my approach certainly includes theological issues, I want to be clear that I am not interested here in the theological problematic of “truth” in relation to God. I am working now as a historian, not a theologian, so in theory, I could arrive at the same conclusion whether I am a Jew, a Christian, a Muslim or none of the above.

There is wide agreement among biblical scholars and historians of religion that the Israelites did not suddenly come upon the notion of the One God. It was, rather, a process.

And in fact, Israel may not have been the only community working on the issue of monotheism. There is that pesky Egyptian pharaoh, Akhenaton whose reign seems to reflect, at the very least, a kind of henotheism in which only one God is worshipped while not denying the existence of other Gods. Some consider him to have been a true monotheist. But his theology did not catch on. It died with him. 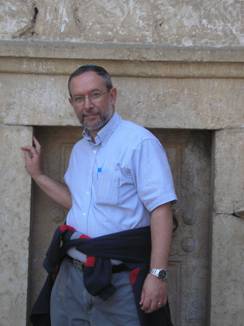 Prof. dr. Joshua Schwartz is professor of Historical Geography of Ancient Israel, Department of Land of Israel Studies and Archaeology at Bar-Ilan University in Ramat Gan. Read his biography.

At the opening of the Academic Year 2006-2007 on 6 September 2006 prof. Schwartz gave a lecture called Broken beds and chairs in Mishnah Kelim.

This somewhat popularised lecture has later been published (pdf) under the title “Reduce, Reuse and Recycle, Prolegomena on Breakage and Repair in Ancient Jewish Society: Broken Beds and Chairs in Mishnah Kelim.”

There are many ways for a historian to write about a society, and the tools at his or her disposal are manifold and varied. The materials that we have chosen are somewhat unusual; the building blocks of our reconstruction are waste and rubbish. We intend to examine aspects of ancient Jewish history and Jewish society based on its debris and in particular, debris that is not discarded, but rather used, sometimes repaired and occasionally recycled into secondary use. In other words, we will study used and reused garbage. Litter and trash are our primary sources. Garbage is a mirror on our society. What you are is often what you break, throw out or do not want and what people say and what garbage says is sometimes divergent.

Theoretically, garbage is such a pervasive element in our society (after all, garbage is connected to almost every aspect of human activity, and waste is so central to our lives) that one might imagine that the study of waste would have attracted much academic interest. This, however, is certainly not the case and even modern garbology deals, for the most part, only with modern society. This conundrum is largely what differentiates garbology from archaeology. Archaeology usually deals with imperishables while garbology focuses on perishables and in particular the attempt to make the perishable imperishable through recycling. The archaeologist rarely has a chance to study the perishables of the ancient world; they have long disappeared. The recycled material of the ancient world is for the most part unidentifiable. This helps explain why garbology has rarely been used in the study of the ancient world.

We seek to somewhat circumvent this problem by making use of a rather radical strategy. While not disregarding the minimal relevant archaeological data, our primary source material will be literary, for the most part rabbinic, in particular the Mishnah and Tosefta of Tractate Kelim, which deals with issues of purity and impurity in relation to utensils. While utensils are mentioned throughout rabbinic literature, the format of Kelim, as we shall see, provides detailed information, albeit secondary and often tangential, about broken utensils and their repair or lack thereof and occasionally of their secondary recycled use.