Home > About us > History

A survey carried out in 2001 by the Dutch Union for Progressive Judaism (the Verbond), highlighted the need over the coming decades for new Rabbis, shelichay tzibbur (service leaders), teachers and and knowledgable lay people to provide leadership to our Jewish congregations and organisations. The Liberal Jewish congregations would  grow in number and also the thirst for more and deeper Jewish knowledge would continue. The need to strengthen the rabbinical leadership required action. In the same time some senior rabbis were going to be retired.

The situation was such that Rabbinc and Chazanut training could only be done abroad. However, several highly motivated individuals wishing to be trained, found , for various, all valid, reasons that they would not be able to spend a five year long period of studying abroad.

These were the main reasons why, on 22 August 2002 the Robert A. Levisson Foundation was established by the Dutch Union for Progressive Judaism. This foundation in turn established the Levisson Institute. The Institute was named for the great postwar Dutch Liberal Jewish leader Robert A. (Bob) Levisson z.l. from The Hague, who died late in 2001, a short time before the establlishment of Foundation. 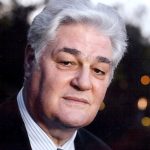 Rabbi David Lilienthal is the person who took the initiative of setting up the Institute. He remained the driving force behind it during its first ten years. He served as the first chairman of the Board until he was appointed the first Dean of the Institute as of 1 January 2004. He stayed in that post until his retirement on 3 September 2012.

Rabbi David Lilienthal is Rabbi Emeritus of the Liberal Jewish Congregation of Amsterdam, having served the congregation as Senior Rabbi from 1971-2004. During these years and later, he has served as Rabbi-at-large to a number of smaller congregations in the Netherlands and as the first Rabbi of the IJC (International Jewish Center) in Brussels, Belgium. During this period he was also the coördinator of the Dutch Beth Din and in 1993 co-founder and chairman of the European Beth Din. He was chairman of the Dutch Prayerbook Committee and editor of the siddur Tov Lehodot (2000) and editor of the Dutch bilingual Tanach (2007).

On 11 September 2012 David Lilienthal took leave as Dean of the Levisson Institute and transferred it to rabbi Menno ten Brink. In February 2013 he settled in Israel with his wife and eldest daughter near their other daughters and grandchildren.

At his farewell David Lilienthal was appointed as a member of the Academic Committee and Honorary Dean of the Levisson Institute ‘because of his ability to transform vision into reality’. Furthermore the Board of the Foundation decided to establish in his honour a David Lilienthal Fund which annually will organise a David Lilienthal Lecture ‘about all things Jewish’.

The name giver: Robert A. Levisson 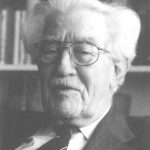 Rabbi Robert (Bob) A. Levisson (1913-2001) was one of the great leaders within the Dutch Union for Progressive Judaism.

He was a son of the founder of the Progressive Jewish movement in the Netherlands in 1931. After World War II he revived the Liberal Jewish Congregation (LJG) in The Hague and became a prominent Progressive Jewish leader nationally. He was a wise man, a talented speaker and author, and a great advocate for Israel.